Several months ago I was on the phone helping a friend and fellow disciple with his marriage—communication, emotional intelligence, patience—this kind of stuff.  This brother and I had known each other in the faith for over two decades, and after helping him I felt satisfied that I had done a good job in the conversation. The feeling of self-satisfaction was short lived though, as my friend commented, “Boy, I sure am glad you married into Wyndham’s family, otherwise you would never know how to help with this kind of stuff!”  I smiled on the other end of the line, humbly knowing that this was most certainly true.

And this is true of so many areas of my life.  The challenge of writing one blog on wisdom that Wyndham has passed on to me–is that he has passed on so much. Is there an area of my life that he hasn’t touched?—I couldn’t tell if there is one.

I met Wyndham in Paris. I was 22 years old and had just finished taking his daughter out on our first date.  I think I was petrified to speak to him, as any young dreamer would be in front of a hero whom they’d heard so much about. Two years later his daughter, Melissa, and I would marry. Since then two decades of life have flown by.

Over the course of that time babies would come, more in-laws, more babies, spiritual victories, church crisis, family vacations, buying homes, selling homes, successes, failures, and lots of life.  Through it all Wyndham has gone from the intimidating hero of a young man to a mentor, trusted advisor, father figure, co-worker, partner, friend, and ultimately the best of friends.

Throughout the last decade there is very little we did not talk about—family, personal challenges, parenting, marriage, the Kingdom, Jesus, and church building at every angle. I cherish it all.  Who am I that I have gotten to sit at the feet, or in the fishing boat of this man (although in the boat there is surprisingly less conversation that you might think; fishing with Wyndham was more intense than you might expect fishing could be). 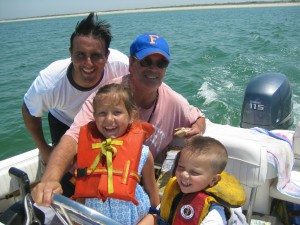 When forced to narrow down one piece of wisdom that I would share from my time with Wyndham it would  be that this world needs spiritual heroes.

If you were to ask my son for Wyndham’s favorite scripture he would say:

The goal of this command is love, which comes from a pure heart, a good conscience and a sincere faith. (1 Timothy 1:5)

A spiritual hero is a man who takes care of these three areas of his inner life. He protects his heart, maintains a biblically lead conscience, and is real as he does it. Over the course of Wyndham’s life he has modeled this kind of a life and has encouraged me to do the same.  This is the kind of man the world needs, and it’s the kind of man he has been for over four decades.

Wyndham was a young evangelist in the 1970s.

He was the first campus minister sent from the Crossroads campus ministry to see God bring over a hundred baptisms in one year on one campus.  From the day that I met him, he has been a radical man filled with radical convictions.

Wyndham is also an elder extraordinaire.  His deep impact in this area is felt worldwide. I have long observed that when people are hurting, when their marriage is in trouble, when they can’t figure out their kids, Wyndham is on the short, short list of men that people call. And he helped to establish elderships filled with these kinds of men, literally all over the world.

It is in this blend of radical man and understanding shepherd that I have found Wyndham’s wisdom.

We have seen his glory, the glory of the one and only, who came from the Father, full of grace and truth. (John 1:14)

As I get older I feel increasingly challenged by the fact that Jesus was the perfect balance of God’s glory, full of both grace and truth. Many of us naturally gravitate toward one aspect of Jesus’ character. Perhaps we are a naturally compassionate person, or maybe we are someone who embodies the revolutionary side of Jesus’ personality—turning tables and confronting sin. Jesus was full of both grace and truth, two characteristics that seem diametrically opposed to one another. But, in Jesus they both took root equally well.

Unhealthy extremes exist in all corners, in the world and in the church. The amazing thing about Jesus was that he was the perfect blend of so many qualities you might think could not exist in the same man.  He was filled with zeal, but also touched the leper. He drove out the money changers with a whip, but also wept over a dying boy and his mother.

Wyndham comes closer to the Jesus blend than anyone else I’ve met. He believes in risk taking, Kingdom seeking, radical heroes—and that churches need to be raising young people up, sending them out and giving them responsibilities.  But he also believes that we needed to be wise and compassionate, considering others’ needs and led by the humility of older men. He believes in strong and authoritative leadership, but also in consensus leadership and listening to the words, needs and feelings of people.  He believes in strong leaders but also in deep relationships.

It’s always struck me how easily it is for big personalities with big gifts to do what they do and to shut out voices that are different.  But that’s not what I’ve learned from Wyndham’s wisdom.  His deep love for Jesus and for the word of God has lead him to be a man that strives to build a life and a church that glorifies, obeys, and follows God in all the areas God commands, not just the ones that are easy for him, or that he is doing well in at the time.

Because of this, he is unifier. He has been a leading voice in his generation during his sojourn here on earth. This is what I want to be as well—a spiritual man and a spiritual hero. Wyndham is mine. 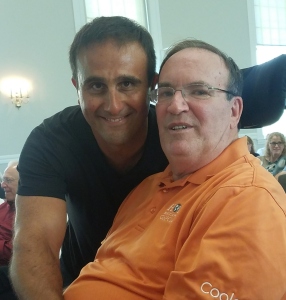 7 thoughts on “Wednesday Wisdom With Wyndham – 47”