I know that this tittle sounds weird…but bear with me. I have enjoyed reading “Wednesday Wisdom with Wyndham” and hearing others recount how Wyndham, in God’s wisdom, has had an impact on their lives. My reaction is always the same: no surprise. I smile to myself and think, “Yep, that’s Wyndham!”

Back to “Whataburger.” I entered the University of Florida as a freshman in the Fall of 1972. Wyndham was the Resident Advisor on my dorm floor. As was his custom, he invited me to the “soul talk” (small group Bible discussion) in his room on Monday nights.

You know how some people enter college with lofty goals of high achievement and a focused dedication on accomplishing these goals?….Well, I was NOT one of those people. I had a passion for foolishness, and it seemed to come to me with gift-like ease. Yet the “soul talk” intrigued me. Initially I went, not because I was searching, but because of Wyndham’s sincerity of faith—he had neither the self-righteousness nor weirdness that I had witnessed in many others with devout belief. During the next 2 months, I developed a love/hate relationship with the ”soul talk”: I loved the practicality and relevance of the Bible, but I hated the way it unnerved me. The unnerving won out, and I quit going. Two months later, after a night of “drinkin’ & druggin’”—in an act of sheer stupidity—I fell 3 stories off a dormitory roof.

Because I had partially separated my hip in the fall, my mobility was restricted, and I was limited to my dorm room for a few days of recovery.

A knock sounds at my door—in walks Wyndham. Now keep in mind that by this point in time, I had not been to “soul talk” in a couple of months; I was plunging headlong in the OPPOSITE direction of EVERYTHING Wyndham had tried to get me to understand. I did not want to know what the Bible said (in fact I was trying to forget what I had already learned); and to top it all off, my best thinking had led me to a dorm room convalescence from a near fatal incident.

If ever there was a prime time for a sarcastic remark like “Attaboy Einstein, you proud of yourself?”—this was it. INSTEAD, Wyndham said, “Sheridan, I’m going to Whataburger, can I bring something back for you?” At first sound this may seem so trivial—an insignificant tidbit of information. Yet, if that is so, then let me pose this question: Why do I remember it 44 years later as if it were yesterday? I knew I was a fool—I had proved it scientifically. I was in the cross-hairs of ridicule and condemnation. I was running from God. I was running from Wyndham. I was running from anyone that had anything to do with God or Wyndham. And yet, what did I get? An act of service…an act of grace.

To me, wisdom is not so much the accumulation of knowledge, it is the RIGHT USE of the knowledge you have. Wyndham knew Jesus, he knew God’s Word, and he knew his fellow man. To be sure—there are times when you have to confront, times when you have to forthrightly speak the truth. Wyndham does not shy away from that. Yet in that dorm room, all of his knowledge of Jesus, God’s Word, and human beings caused him to give this guilty soul an act of grace. In doing this, he gave me a foretaste of a Biblical truth that one day would define my life: “But God demonstrates His own love for us in this—-while we were STILL sinners, Christ died for us” (Romans 5:8).

Is it any wonder that six months later when I came to my senses and wanted to get my life right with God I would want to find Wyndham? At that time I was living off campus and did not know where he was. I prayed that God would allow me to find him. The very next day I ran into him right in the middle of a campus of 24,000 students. Within a week I was baptized into Christ—on January 13, 1974.

I suppose that the nutritional merit of Whataburger is a matter of debate. I can neither affirm nor deny it. But one thing I do not doubt: to have the wisdom of Christ is to reach out to individuals with genuine concern and to say or do the RIGHT thing at the RIGHT time. Wyndham did that. Wyndham taught me that. Wyndham is that.

Thank you my brother and my friend for showing me the Way. Thank you for that “Whataburger mission of mercy” that just confirmed what I had witnessed my freshman year in Jennings Hall—you REALLY believe, you REALLY follow Jesus, you REALLY care about the glory of God and the salvation of people. I love you and I gratefully owe you a debt of love….my wife, my children, and my grandchildren owe you a debt of love. 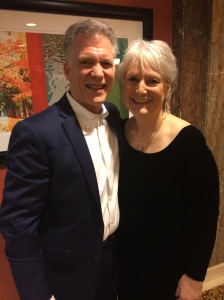 If I let my imagination go, I picture all of us at the judgement giving an account of our lives. For many of us, the name Wyndham Shaw would come up in that account. “He led me to you…”, “he helped my marriage, my parenting…”, “he cared enough to rebuke…”, “he shepherded…,” “he brought me a burger”……

2 thoughts on “Wednesday Wisdom with Wyndham – 66”