Wisdom and the Bunny

Here is the background. Every night before Wyndham goes to sleep I place his CPAP machine mask on his face. It looks something like a gas mask and was prescribed several years ago for sleep apnea, which unfortunately accompanies his disease.

Thank heavens I got a newly designed mask today! No more of this.

For now, it keeps him breathing well and his oxygen at a good level through the night. I love that it helps him rest well, but I have a true love-hate relationship with the machine. It leaves pressure sores on his nose and air leaks often follow his facial movements. These leaks do not resemble the gentle sound of a soft wind, but rather the sound of a scared, angry duck caught in a trap. The leaks seem precisely timed for the moment when I fall asleep. Because of his speech difficulty, communication between us is hard without the mask, but with the mask communication often resembles a game of Guesstures and charades. He says something. I respond with “what?” at least a dozen times as I try to discern what he is saying. Sometimes it’s rather humorous.

Like me, Wyndham often thinks of things he wants to say at the end of the day. Inevitably, something comes to mind after his mask is in place. Almost always, his words (after the mask) have to do with some discomfort concerning the mask placement, the need for an adjustment of a pillow, placement of his hands, or a change from one sports channel to the next. So, this is the context from which I listen. I usually get it right pretty quickly. Usually.

So, a few weeks ago (the week before Easter) after his mask was already in place he tried to communicate something to me. Assuming I knew the context, I asked the usual questions. Do you need me to move the mask higher on your forehead? Does it hurt your nose? Is it blowing in your eyes? Do you want the channel changed? Does your pillow feel okay? Do you need more covers? Are you saying yes? Are you saying no? Don’t respond if it’s yes.

Obviously, I did not understand as he kept repeating the same thing over and over. I thought I had covered everything, but finally, I determined that it sounded like he was asking me to lend him some money. That made no sense, as our money is shared and he no longer handles money.  After another five minutes or so, completely out of the context of my thinking I finally got what he was saying. “Lindt bunnies.”

Of course! Now, why hadn’t I thought of that!? My response?

Lindt bunnies? Are you kidding me? How am I to guess this? For those unfamiliar with this rabbit species, Lindt bunnies are high-quality rabbit-shaped chocolates wrapped in gold foil, complete with a red ribbon around the neck. 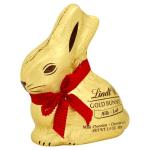 In true fashion, Wyndham was thinking of something he wanted to do for someone(s). He wanted me to get eight chocolate Lindt bunnies for each of the grandkids for Easter. I still marvel that we finally got the message right, as Lindt bunnies were nowhere in my radar. Not even in the same universe.

How often we miss what someone says because we are busy listening from our preconceived notions or from our own context of what we think another says, or should be saying. It’s humorous with Lindt bunnies, but dangerous with emotion-filled conversations.

Context is crucial. What I think I am going to hear often presupposes my understanding of what is actually said. Wyndham has always had the uncanny ability and wisdom to hear someone without preconceived notions, prejudices, and the assumption that he has the correct facts. He lets conversations play out based on facts, not feelings. Principle over personality. I think that is why so many people have felt safe in his counsel.

But the wisdom that comes from heaven is first of all pure; then peace-loving, considerate, submissive, full of mercy and good fruit, impartial and sincere.
Peacemakers who sow in peace reap a harvest of righteousness. (James 3:17-18)

He has always taken great care to practice Proverbs 18:17 (RSV)
He who states his case first seems right, until the other comes and examines him.

May we strive to step out of our assumptions and listen more to understand than to be understood. To discern facts over emotions and principle over personality. Peacemakers who sow in peace do reap a harvest of righteousness…and sometimes chocolate bunnies. 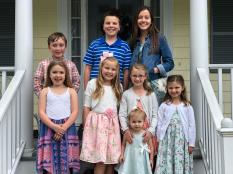 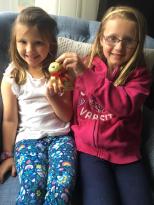 2 thoughts on “Wednesday Wisdom With Wyndham – 103”